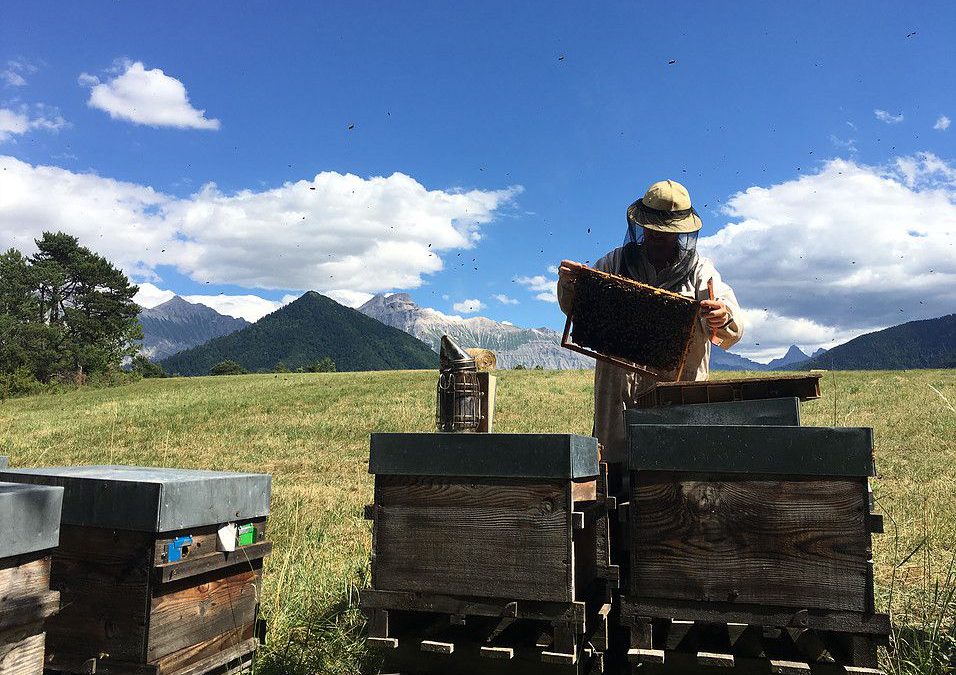 David is a professional beekeeper based in a mountainous area at the junction of the Alps and Provence. His beekeeping experience acquired in the United States has led him to develop very specific equipment. In particular, he has built floors with pallets on which he fixes eah time 4 hives. After trying out other scale systems, he turned to Beescale scales. He places 2 load cells under each end of the pallet and weighs 4 hives at once.

” I already had classic hive scales but I was not satisfied because it is not possible to place a whole pallet on top: it is unstable and too heavy for the scales. With Beescale 4, I use two load cells per pallet and this gives me a very good idea of what is happening on each side of the pallet. In addition, the system does not risk tipping over, even in windy conditions. This has been very useful for me, especially on lavender honey flow, which is located very far from home. The remote box available with the BS4M configuration also has allowed me to put beehive scales in apiaries in areas which are very poorly covered by the Sigfox network. This was not possible with my old scales. I plan to equip myself more widely with a Beescale 4 system for next season.”

View on the apiary 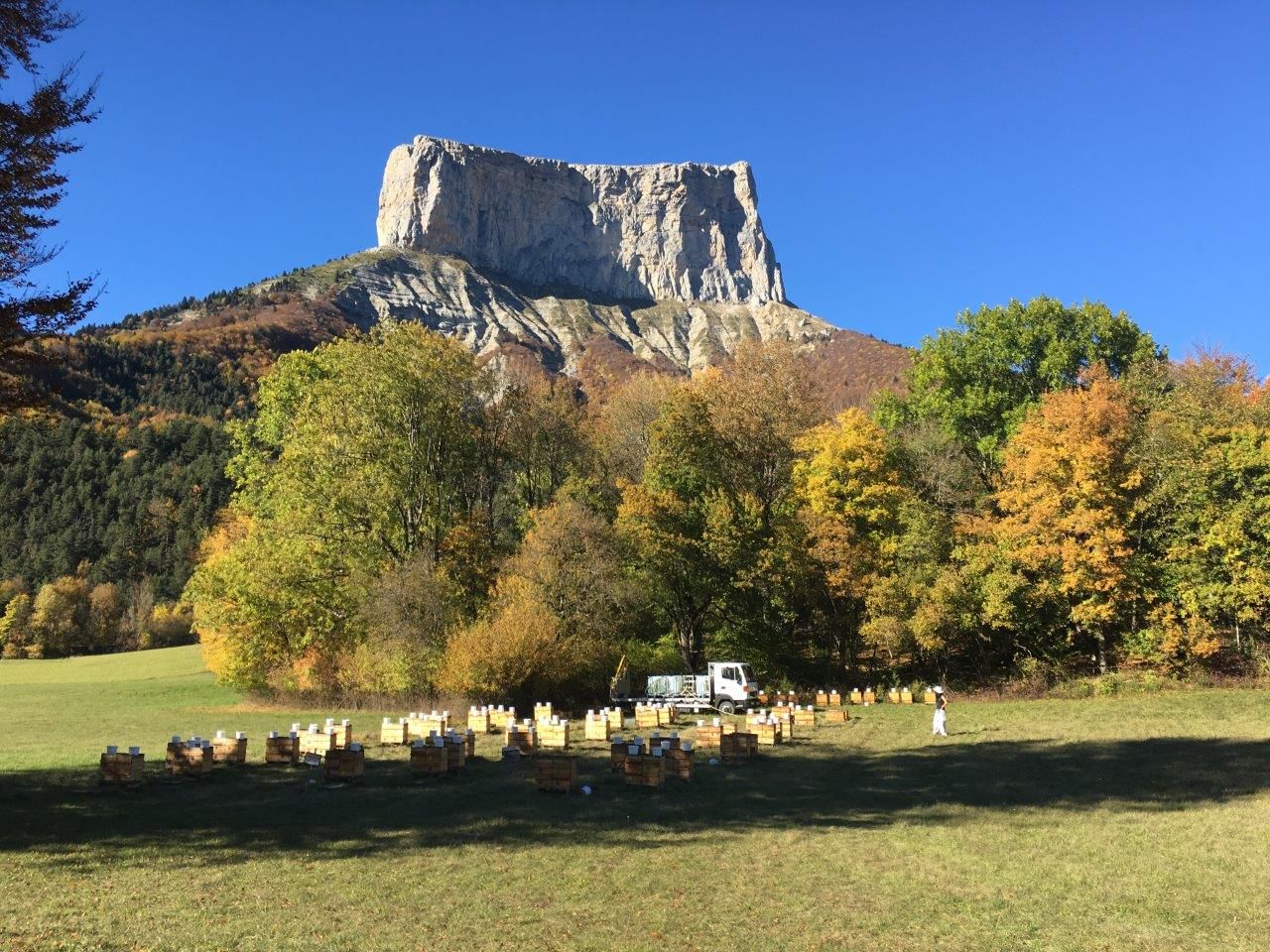 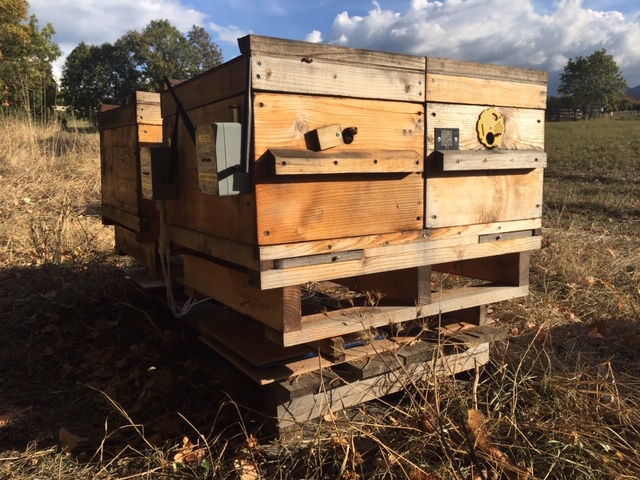 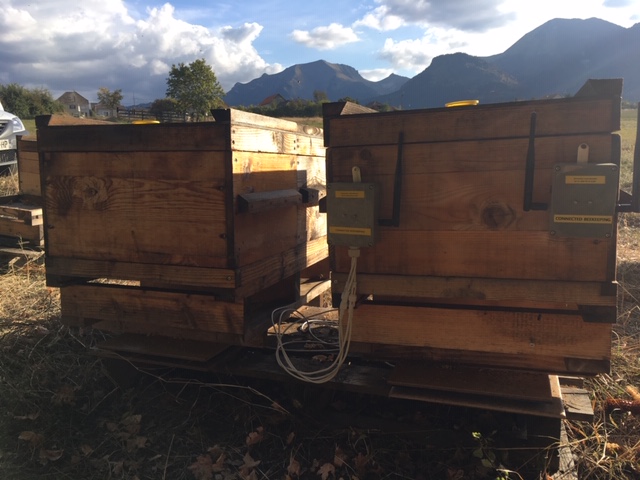 From 8 to 24  beehives with a single box and a single SIGFOX subscription (without subscription if you use WIFI Network). Maximum distance between the central box and the scales: 1 KM 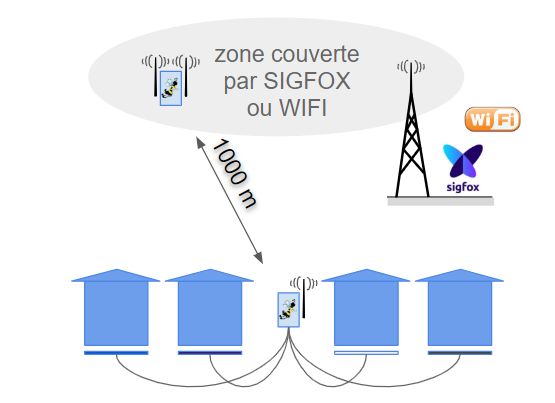 Example of weight curves of 4 bee colonies for the 2018 season: 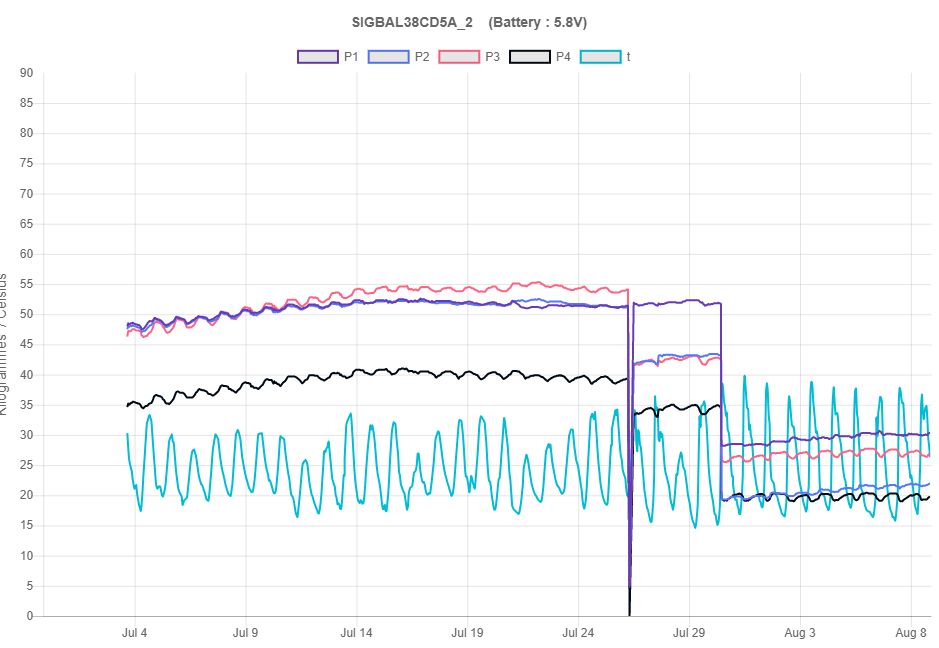